If you didn’t already live Jon Voight for all the great and terrifying roles he has played, or for being the father of Angelina Jolie (although I didn’t yet see her name on the letter) you are going to love him now!

Jon Voight, who is notorious for criticizing Obama, has taken things a step further by drawing in nearly 200 of Hollywood’s A-List actors to support Israel

Jon Voight, who is notorious for criticizing President Barack Obama, has taken things a step further by drawing in nearly 200 of Hollywood’s A-List actors to support Israel’s efforts on defending their country from terrorism.

Voight initiated this response when he criticized actors Penelope Cruz and Javier Bardem for “inciting anti-Semitism around the world” in an open letter stating they should “hang [their] hears in shame.” This, apparently, was a response to their signing of an open letter denouncing Israeli military action in Gaza.

He concludes the letter asking for those members of Hollywood who endorsed the letter to step up and examine their motives and to sign his petition.

“You should all come forth with deep regrets for what you did, and ask forgiveness from the suffering people in Israel,” he wrote.

The Petition that started out with only a small list of endorsements has grown to nearly 190 pro-Israel, anti-Hamas individuals among Hollywood’s top actors. Included in this list are some big name actors such as Sylvester Stallone and former California Governor Arnold Schwarzenegger.

However, this isn’t to say Hollywood is getting any more conservative. By and large, this is a bipartisan issue. On this conservative front, for many of Hollywood’s elite, it will be a single issue of support. To this point, actors such as Seth Rogen, Sarah Silverman, and Mayim Bialik also signed the petition, yet have been very clear with their outspoken views on the Second Amendment, advocating for stricter gun-control, among other leftist views.

The Artists Petition can be seen, so check to see if your favorite A-Listers as it grows, but if you want to sign a petition in support of Israel you can sign the Fan Petition supporting artists and musicians traveling and playing shows in Israel 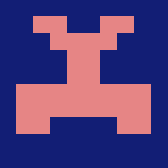