Lamar Advertising Company billboard that reads, The “America First Over Israel” raises an anti-Semitic canard of dual loyalty, implying that American Jews are not loyal to the country in which they live.

They hate Israel. They think the Holocaust gas chambers were made up by Zionists and is a massive hoax. They think Jews control the media. So what do they do?

They pay for a billboard attacking American Jews for dual-loyalty.

Please take a moment a sign this petition asking the Lamar Company to take down this hateful message. 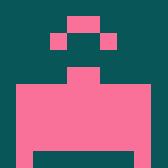