The American historian writes exclusively for Newsweek on the plight of the Yazidis.

Professor Snyder lays bare three common historical conditions for genocides around the world: totalitarian ideology, ecological panic, and state destruction.  He urges us that  by focusing only on the leader at the center of a racist or xenophobic movement, we risk losing sight of the conditions we can actually do something about, namely the government and the ecology/economic conditions of life in the region.

How can the Holocaust help us to understand such crimes today? In order for Nazi Germany to carry out the unprecedented policy of the total extermination of the Jews of Europe, three things had to happen. A leader who blamed all evil on the Jews had to come to power; a war for resources had to be undertaken in the part of the world where Jews lived; and states had to be destroyed so that Jews were stripped of political protection. As a general rule, the presence of two of these three factors—totalitarian ideology, ecological panic, and state destruction—makes an episode of mass killing much more likely.

Please continue reading  from Newsweek Source: Ongoing Genocide: The Lessons of the Holocaust and the Fate of the Yazidi

Timothy Snyder is the Housum Professor of History at Yale University and the author of Black Earth: The Holocaust as History and Warning. 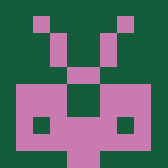